Having booked a few family holidays to Africa and taken suitcases full of stuff for schools, etc., I was so excited when we booked to go to Ras Kutani in Tanzania for Christmas and saw that there was a link on their website for ‘Pack for a Purpose.’ I had not come across it before. Everything I read made so much sense, and I felt really excited about it as it is something I feel so strongly about (giving back to places that give so much to me).

I looked up Ras Kutani, and there was a list of things that the local school and hospital actually wanted. I sent an email to a whole load of friends with a list of the things on the list, asking if anyone had anything on the list. I was so amazed with the response. What surprised me was that people went out and bought things and posted them to me. Another friend told ladies at her women’s group, and the following week they all bought in lots of medical things that were on the list. I think it was knowing that I was handing it over to the people that would benefit that inspired people so much. 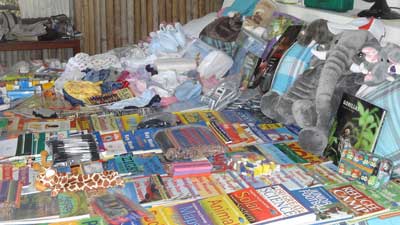 As happens so often in Africa, we were getting a small plane to the resort. The luggage allowance is not much, but we could all take two suitcases from UK to Dar. I emailed Rebecca from Pack for a Purpose, and she put me in touch with a lady from the office from Ras Kutani. She gave me the name of a guy at the international airport to ask for, and we were able to hand over our extra three suitcases which were then brought to Ras Kutani by someone driving up later in the week.

If it had not been for Pack for a Purpose, we would still have taken as much stuff for a school, but it would have been guess work with what they would find useful. Instead, we (and with the help of friends and my love of car boot sales!) were able to take so much more and what the school and hospital really wanted. 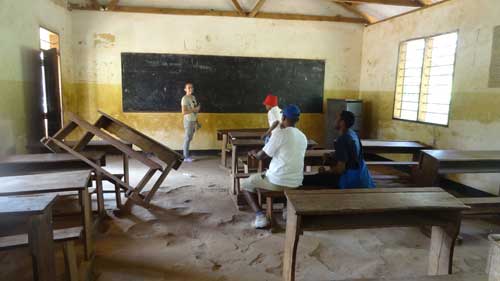 We had a wonderful two weeks at Ras Kutani, and it was made extra special by knowing we were giving back something to the local people, with all the help and enthusiasm of a very special lady – Lana the manager. We left her with a lot of donations to sort out, as she was also very dedicated to helping people.