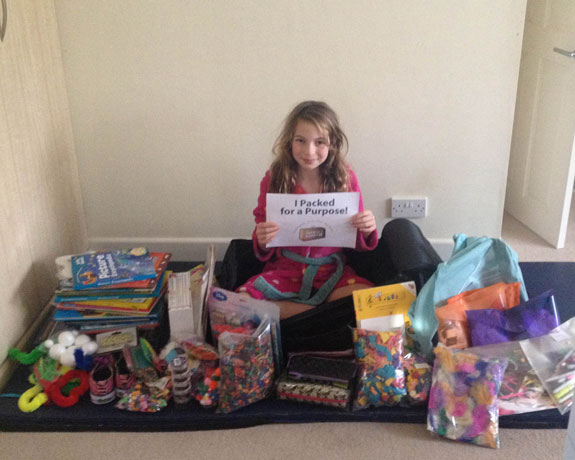 During the February Half Term, Amelia and her Mum ‘went to work with Dad’.  Amelia’s Dad is a airline pilot with British Airways and he was operating into Johannesburg. The family planned to spend 2 days at the Kwa Maritane Bush Lodge, that was affiliated with Pack for a Purpose.

The Borite Primary School had listed all the items that they would be delighted to receive and because the family were only going to be in South Africa for less than 72 hours, Amelia had the opportunity to utilize 35kg of luggage allowance to Pack For A Purpose. 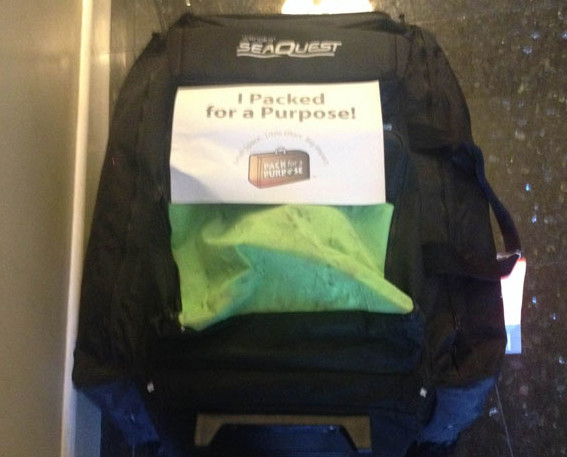 Items were gathered from some of her friends who were happy to help. A massive pile of crafting supplies included color paper, ribbons, feathers, glitter, pom poms, glue, felt tips and colored pencils. Reference books covered all aspects of science, geography maths and english language.  Flash cards and dictionaries were also included.

Finally, Amelia managed to squeeze in some pencil cases and some light used clothes. Amelia was delighted to have the opportunity to Pack For A Purpose and as a family who like to travel extensively, hopefully will be doing it again very soon!