I didn’t think that my passion for women’s access to feminine hygiene products would have a place to fit into the mission of Pack for a Purpose until Rebecca made a very subtle, small comment when a group of students and I were at dinner with her. She was telling each student how their individual interests could be a part of Pack for a Purpose, and when it was my turn, she said that she knew of so many girls who could really benefit from having these feminine products. This comment was only made in passing, and the conversation continued, but I didn’t listen. I knew that there was a company, Be Girl, that made reusable underwear for girls on their period, and I knew there was a way to get those items to girls who deserve them with Pack for a Purpose. 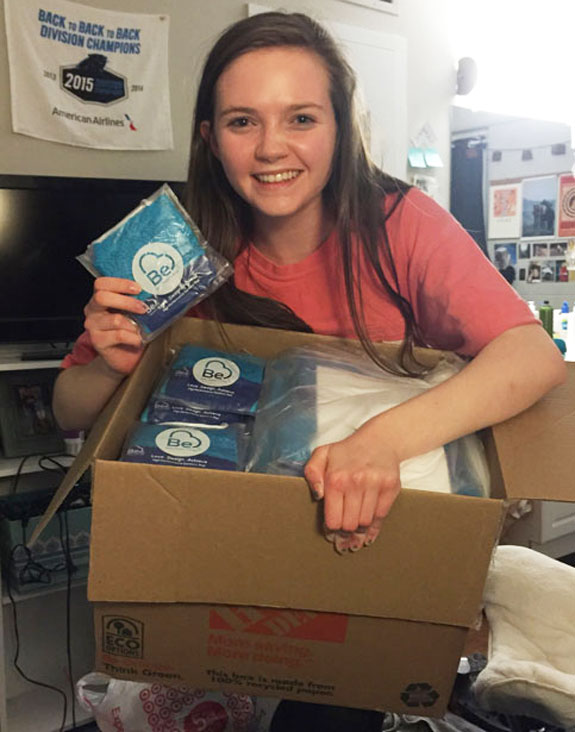 At first, I thought I would just donate personally to the cause, and invite my friends and family to donate, but it wasn’t enough. I called Rebecca and she told me about Children in the Wilderness, a non-profit under Wilderness Safaris that establishes a sustainable education for young students in southern Africa. From there, I reached out to the director of Children in the Wilderness, which is when I found out that my personal donations wouldn’t be enough. Sue Snyman, the director, explained that there are hundreds of girls who could benefit from a reusable pair of underwear to use during their cycle. I had no idea what to do with this information, the breadth of which was making me feel increasingly helpless.

Be Girl helped change that. On a whim, I reached out to them, and they said they would be willing to work with me if I wanted to make a large order for a non-profit organization. From there, I couldn’t drop this idea. There was too much to do that could easily be done, and too many to help that could easily be helped. After lots of research into the best crowdfunding platforms, I settled on Generosity by Indiegogo and started the platform titled “Panties with a Purpose”. I decided that I wanted to be able to at least get 100 girls a PeriodPanty, which is the reusable, durable underwear that lasts for two years. At $12 each, that meant $1200 dollars to raise, and a deadline in the Spring so that Rebecca could deliver the panties on a trip she was taking to southern Africa. 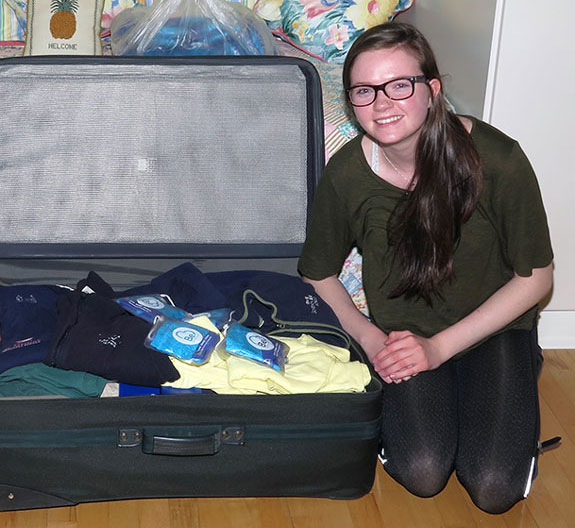 To anyone who has ever challenged social media on the basis that it alienates human connection: you are wrong. Social media was the primary factor that I used to spread word about the fundraiser. Whether it was Facebook, Twitter, Instagram or Snapchat, I posted about the fundraiser multiple times per day. People continuously shared Panties with a Purpose with their friends and family, and through a chain of mouth-to-mouth marketing combined with tons of personal emails, handwritten letters, and updates on the Generosity page, the fundraiser came to a point where I could order more than 100 units of the PeriodPanty with the money raised. I closed the fundraiser at 127 panties, or how I look at it, 127 girls who could go to school during all times of the month.

This project proved that you don’t have to do something giant and elaborate to have a positive effect on someone else’s life. Anyone can start a crowdfunding campaign, just as anyone can Pack for a Purpose. I encourage everyone to think about what they’re passionate about and use that passion to do something. As I experienced, you will be pleasantly surprised by how many people can and are willing to help.

I would like to thank Rebecca Rothney, Stephanie Rapp-LeGrand and Sue Snyman for their help in this project. It never would have been a reality had I not met Rebecca. Without the additional help from Stephanie and Sue, Panties with a Purpose would not have reached 127 girls.