Malawi is one of the poorest countries in Africa and we wanted to do something positive whilst visiting. We asked the agents we travelled with, Central African Wilderness Safaris, to include a couple of schools they support in our itinerary. 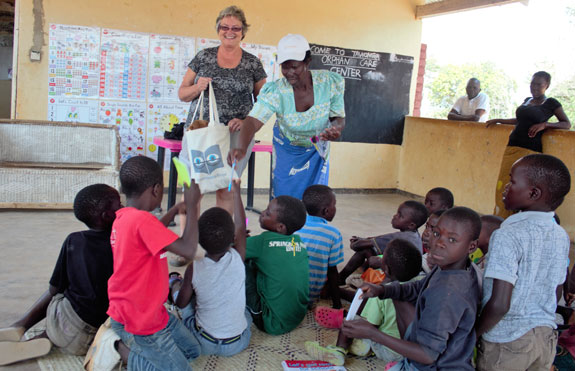 We were there for the month of September, but as the new school term didn’t start until the 18th, our first visit was to Taonga Community Based Organization Orphan Centre.  We were greeted by Judith and her husband, Barnabas, who ran the orphanage for up to 15 children, orphaned through HIV. In the office, photos charted progress from a thatched hut, to one with bricks and a corrugated iron roof, thanks to a donation from a UK benefactor. Judith proudly showed certificates proving her training and qualifications. Both talked very loudly, but when we realized they shared their home with the children, it was understandable.  The ‘nursery’ for the younger children was a concrete room with a few books.  We were shown around their home where the children share two rooms. A young assistant rounded up the children whose ages ranged from a toddler to young teenagers. Judith gave out our offerings, which as well as the school supplies, included cuddly toys for the younger ones given to us by a neighbor. Seeing their excitement and pleasure at even a small note pad and one pen brought a lump to the throat. 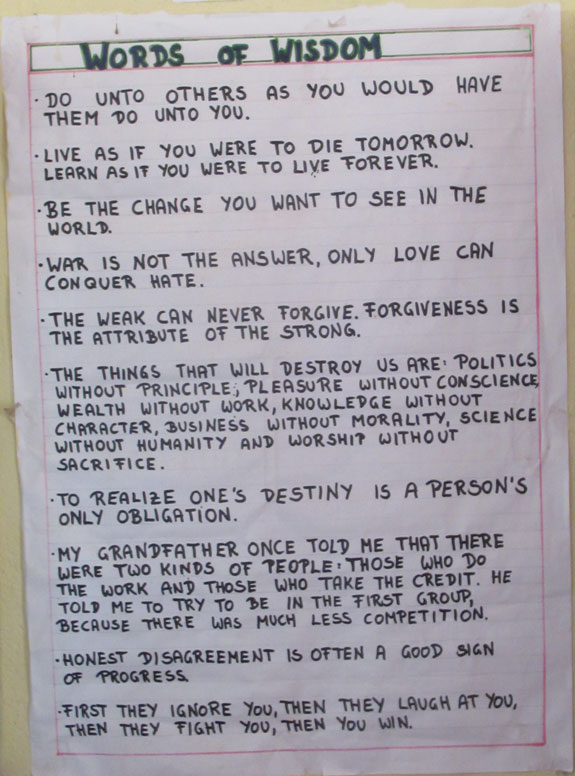 Mvuu Lodge supports Nanthomba Full Primary School.  Abel, the headmaster, greeted us in his office with its walls full of immaculately handwritten charts showing exam results and lots of other information. Our visit coincided with that of Jillian Woolstein, an American who established the school, and her elderly mother.  The latter had laid the first brick when the school was transformed from the shade of a tree to the modern structure it is today. 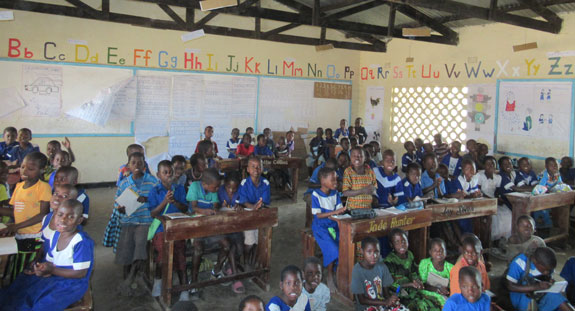 The school caters for 1000+ children from the age of six (standard 1) to standard 8 when an exam determines whether they enter secondary education.  Classrooms were full, with up to 50 pupils sharing desks, some bearing a donor’s name. They all stood when we arrived and shouted out ‘Good Morning’ as English is the school language: the noise was deafening. We were also shown the well-stocked library, kitchen, and area where after-school meals are served and the garden where children are taught to grow vegetables which are then sold. Our bag of stationary seemed like a drop in the ocean given the size of the school, but it was warmly received by Abel who assured us it would be shared amongst the neediest children.