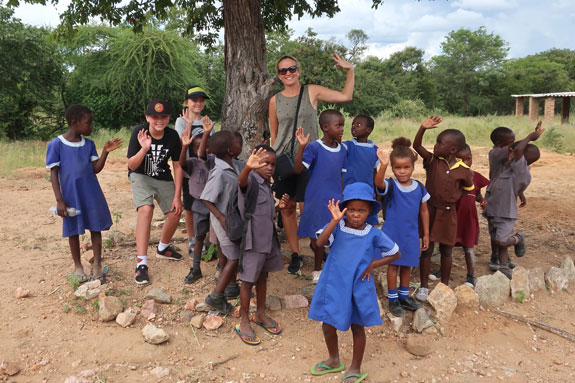 The day has arrived. We managed to get our 37 kilograsms all the way from Australia to Zimbabwe and now we are ready to deliver it to the children at Mambanje Primary School.

We set off from the Somalisa camp at 6am so that we could get to the school by 10am. It was a really long drive but we got to see some amazing animals along the way. The last part of the drive seemed to take a really long time – over an hour. The road is so bad that only bush jeeps get down the road to get to the school. 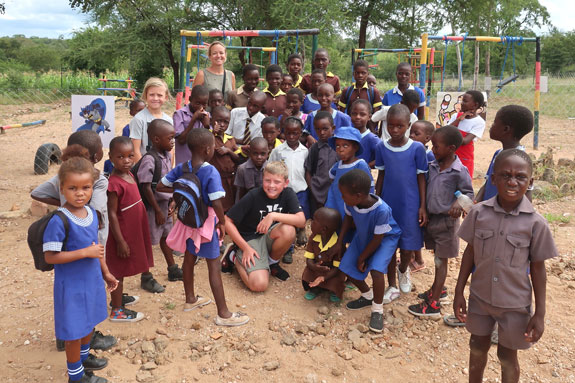 We didn’t know what to expect before arriving at the school, we both had butterflies in our stomachs. We know these children have very different lives to us. Mum had also told us that it was school holidays and there might not be many children there to meet us.

When we arrived we were so surprised to see over 70 kids and parents coming out to meet the jeep. As soon as we got down out of the jeep little kids just wanted to touch us. I think we spent well over an hour shaking hands, giving high fives and fist bumps. The little kids just loved it and so did we. 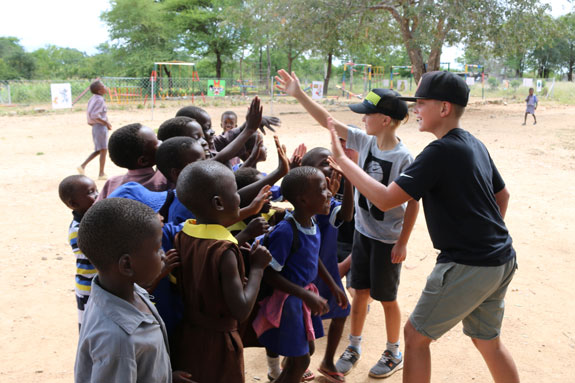 The principle then took us on a walk around the school to show us the different areas and some of the projects that have been donated. One of those projects was a borehole and water tank that had been installed to give the school and local community fresh water. Everywhere we went all the little kids just followed. 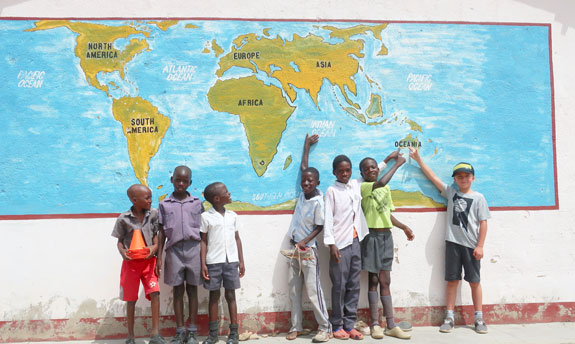 We then spent some time with the older kids and we soon realised the boys were just like us. They liked the same school subjects such as Maths and Integrated Studies but most of all they LOVED sports. They told us about their soccer games and running races and we told them about our sports – basketball and AFL Football. They didn’t quite understand Australian Football so we put a little demonstration on with one of the balls we were donating. 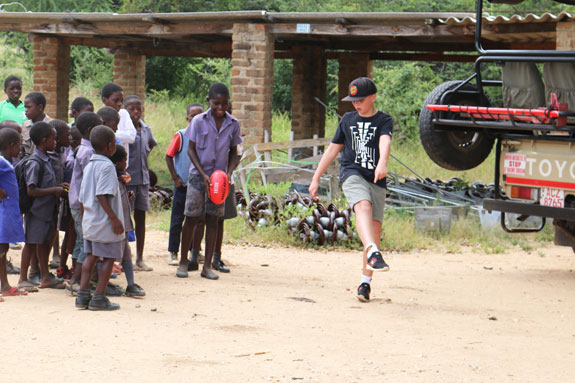 We only handed out a few small pencils on the day. Mum said it might be best that we give our giant bag of donations to the Principle to distribute where she felt it was most needed. 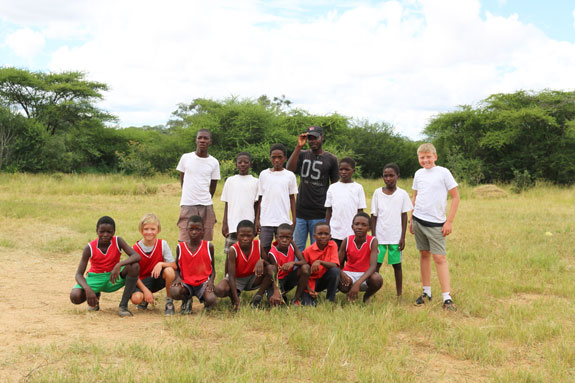 The PE teacher asked us if we would like to participate in a local soccer match. The school doesn’t have a football oval so we had to go down the road to the local field. When I say field I don’t mean a nice green oval with white lines, I mean an open field with goal post made out of wood branches.

We both went on a different team and had lots of fun playing. Once the game started it was just like home. Competitive boys and parents yelling from the sideline. We were then told by our guide that this match was put on for us as a thank you for all the supplies we donated. 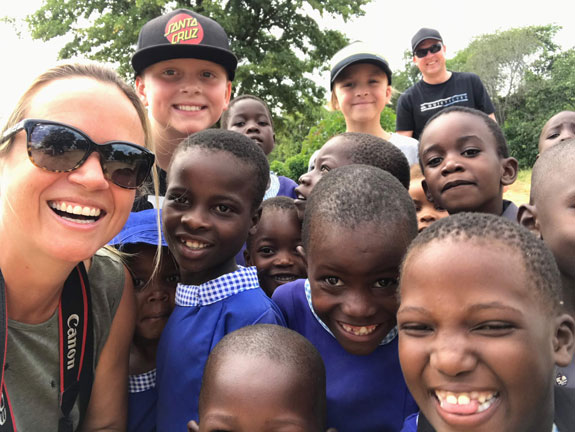 Finally we had to say goodbye and make the long drive back to camp. It was very sad saying goodbye to the new friends we made but we know everyone had a great day.

We actually don’t know who gained more from this personal project. The children who will receive the school supplies or us who were shown so much love, kindness and happiness from the children. The Mambanje Primary school and whole community has stolen a little piece of our hearts. 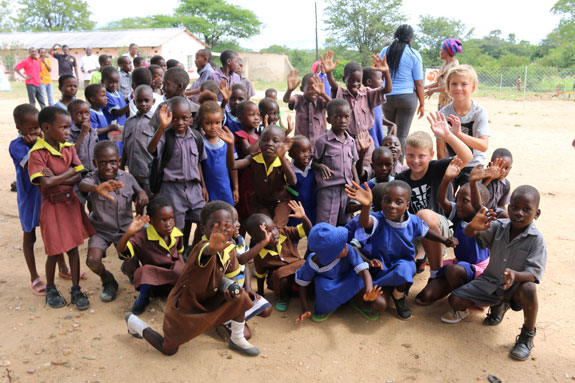