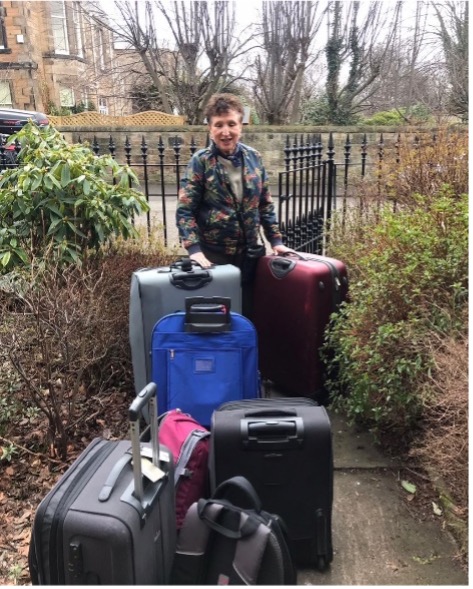 The Khanyisela project includes three critical thrusts; a wonderful little Foundation Phase school, Royal Drakensberg Primary School, catering for children from the age of 4 to 10 years, support to 18 Early Childhood Development Centres and BabyBoost, embracing little ones and their carers in their first 1000 days. The community is in a rural area in the Northern Drakensberg Mountains in KwaZulu Natal in South Africa.

Much gratitude extends to Marysia Nash, her husband, David and the Edinburgh community in Scotland for their support. Marysia and Dave are long-standing friends of our projects and have given in so many ways; professional expertise, time, personal contributions and then galvanising their own community to be of support as well.

Three large suitcases of toys for the children boarded a Boeing, landed safely in SA and arrived in the Northern Drakensberg Mountains. Included in this precious cargo were a large number of knitted toys, handcrafted by Maureen, a friend of Marysia’s, through several lockdowns. They will bring joy to many children in our community. The dollies have clothes for dressing and the little bears have wonderful neckties. These are so important for fantasy play, which helps grow language in a meaningful and fun way. Additionally, there is a collection of animals, which is too precious for words! What a gift. 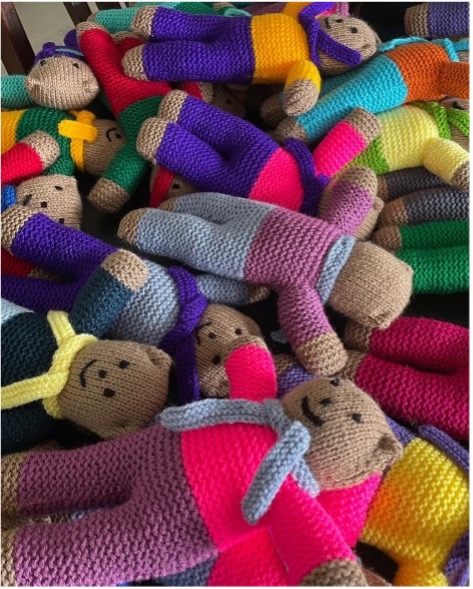 Another couple who have deep ties with the Khanyisela project are Georg and Gertie Rotter from Vienna. Georg and Gertie have walked our path with us for many years. They have walked with us but also taken the lead by rolling up their sleeves and doing direct maintenance work. They have contributed by building schools and sponsoring children who would otherwise not have any chance of acquiring the education they do at Royal Drakensberg Primary school. 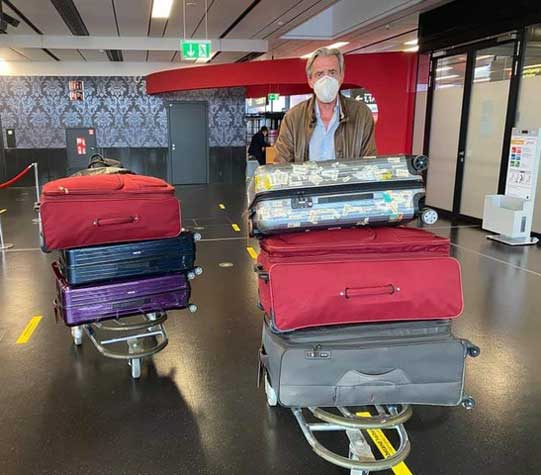 Georg and Gertie are another couple who work through and with their own community and network in providing much needed and very welcome support. They arrive at Oliver Tambo Airport in Johannesburg with far more luggage than any couple should have! Most of it for the beneficiaries whom they have grown to love over the years. We salute them and we thank them for the love that they live by supporting us unfailingly. 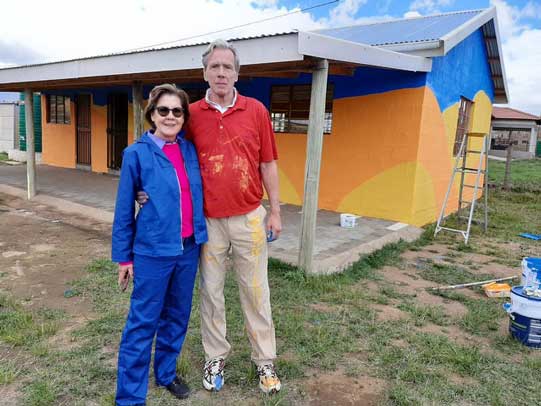 A remarkable characteristic of both these couples is the commitment that they have shown over a sustained period. Their interest continues between visits with phone calls, meetings and encouragement that keeps the team on the ground going and inspired. We can feel their excitement as they report to us on what they will be bringing out with them next time. They revel in the feedback on the impact that their work has had. The community benefits in so many ways from two couples who expect no recognition or thanks, they do it because they know it is right and needed.