Just when we at Kwa Maritane thought that we had reached the end of an amazing year with donations that show traveller’s out pour of love and support, 2015 was not finished giving. This was thanks to an unbelievable corporate sponsor – T Good Africa. Let me start from the beginning.

Due to a huge amount of retrenchments in the mining industry in the area, our exchange rates, and an economy that is slowing, many people from the local communities lost their jobs.  For this reason, we decided that for 2015 as our social commitment project, we would provide each child with a food hamper at our Borite School Christmas party. 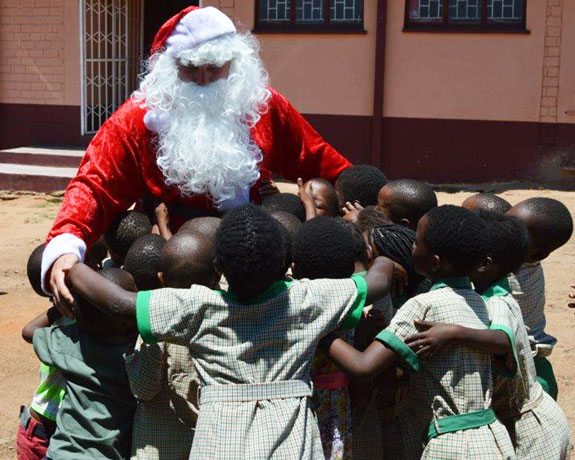 Our attention turned to our wonderful suppliers, who in turn showed great generosity in sponsorship both financially and with food. Once again, we were blown away that we were able to provide 450 food hampers for the children with some of the basic necessities that would assist a family. The younger children also received a little toy from Santa, and the older children received sweets. 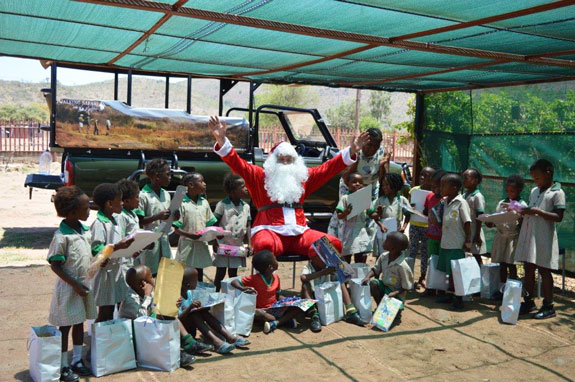 Little did we know that while we were organizing all of this, a company by the name of T Good Africa had seen the Pack for a Purpose logo on our website and committed to assisting where they could. I was contacted in November by Penny Albert, from T Good Africa and asked if it would be possible to meet with some of the children at the Borite School on Saturday, November 28th. This was arranged with Susan (the school’s Headmistress) and along to the school we went. 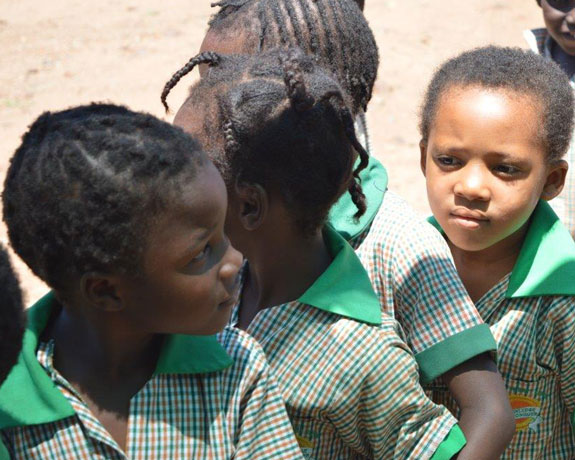 I should have probably requested a bus and a trailer, but I was still unaware of the amount of stock this corporate company had arranged. On arrival at the school, they unlocked the bus’s baggage storage container and the trailer. They were both full, revealing 500 individual wrapped school starter packs (exercise books, pencil, pen, eraser, sharpener & ruler), as well as a selection of board games, clothes, bags and shoes. Needless to say it was time for the tissues to come out, as both Susan and myself realized that each child would receive a starter pack of their own at the start of the 2016 school year. No more sharing for these children. 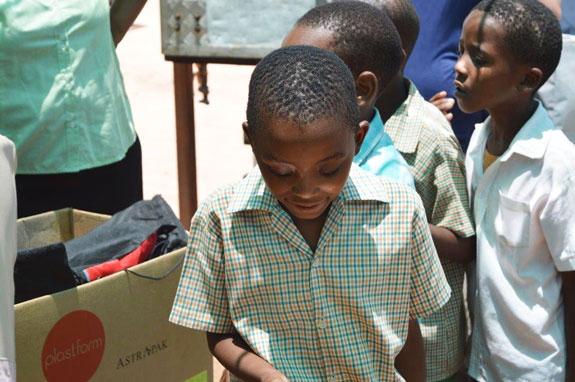 As if this was not enough the gifts kept coming, they provided me with 120Kg of medical supplies for our new project, Mogwase Hospice. These boxes contained swabs, antiseptic creams, three diabetic test kits with the test strips, and three children electronic thermometers to name but a few items.

T Good Africa is an amazing company. As you find only too often people will support children, but we forget the elderly and sickly people need our help too. With a little bit of thought they had provided for both charities in a more than generous way.

Later in December just before Christmas, we planned a trip to Mogwase hospice to deliver the gifts we had received for them, along with linen from the hotel and more food hampers we were able to supply for the outreach families. Once again the tears flowed as the nursing staff received this donation. The Matron at the hospice turned to me and said “Our God is good. The patients & families will have a happy Christmas this year. The hands that have provided will be blessed.” 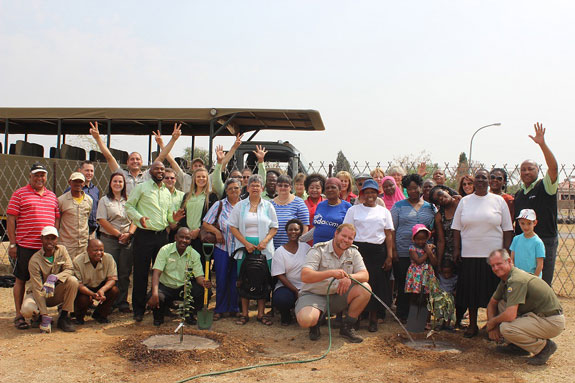 On the way back to the Hotel, again I had been reminded that while we are consumed in the news of the negative happenings in the world, the kindness of travellers from around the world seems to go unnoticed. It is in the small and big things that had been provided, the time that had been taken, and even in the smile they provided to the people in need that keeps us human and makes us humble. 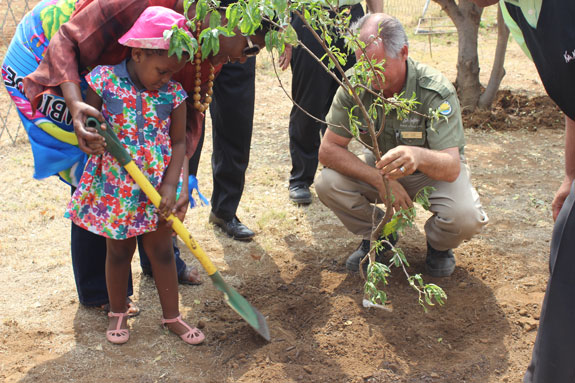 Planting trees at the clinic

Once again to all of the travelers that have given their time, their gifts and most of all there love & caring for the less fortunate we say THANK YOU!