My wife, 10-year-old son, 13-year-old daughter and I climbed off the train onto the hot platform of the Udon Thani station having just completed the 9 hour journey from Bangkok on a second class car.  We were conspicuous not only as travelers with back packs, but also, by the four additional large suitcases we were carrying with us. 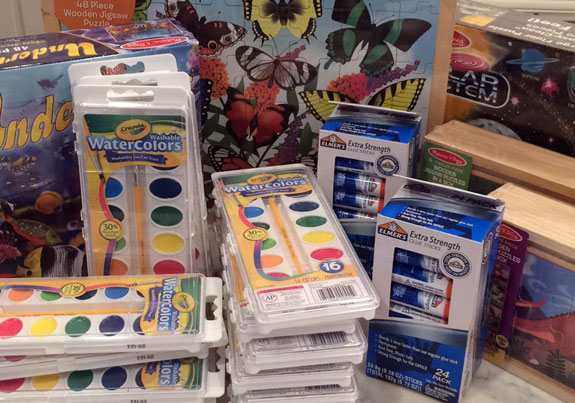 Each of the suitcases carried 50 pounds of school supplies donated by the local community of Vienna, Virginia and destined for the Nam Thieng Primary School outside Udon Thai. Nam Thieng is a small government funded primary school located in a village surrounded by rice plains and cassava farms about 30 km outside the center of Udon Thani.  We learned of this school and its needs from Pack for a Purpose. 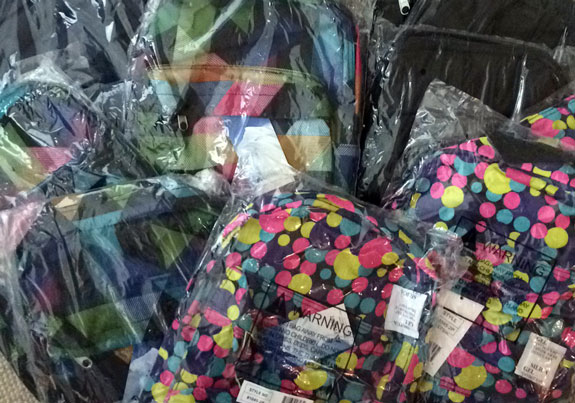 After declining taxi and tuk rides we were soon met by our host Ten who runs the Gecko Villa where we would be staying.  Ten and I loaded up the suitcases and off we went in his pickup through the villages and rice paddies of Northeast Thailand.  We turned down a dirt road and arrived at the Gecko Villa which was a beautiful white villa with a red roof bisected by an infinity pool overlooking the cassava fields.

After a delicious breakfast the next morning, we drove to Nam Thieng where we pulled into the school’s red dirt driveway and were soon met by three administrators of the school.  Though they were expecting us, Ten helped explain who we were and why we were there and with the help of some of the children we brought the supplies to the second floor of the school.

As we went upstairs, we were soon met by dozens of smiling students dressed in their red uniform shirts. They peeked out of doorways and windows with curious smiles and shy “hellos”.

We opened the suitcases and had some shirts, donated by our school’s track team, which we could hand out to the kids immediately. Each accepted the shirt with a smile and a wai as their friends giggled and laughed behind them. 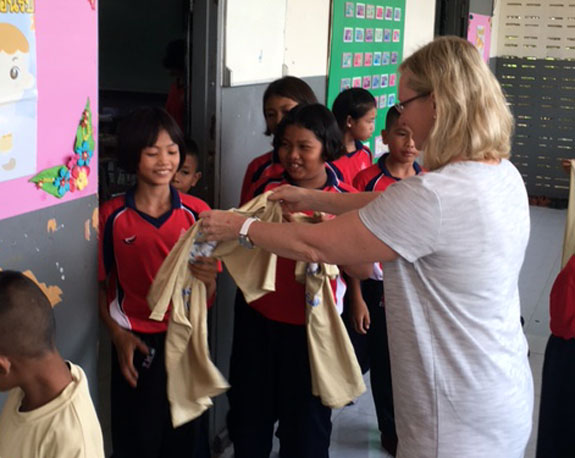 We spoke with the head of the school who, filled with emotion, informed us that the supplies we brought, including water paints, pencils, markers, Frisbees and many other items would last them a long time and prevent the kids from having to purchase them out of their own pockets. After going through the supplies, we visited different classrooms where my wife and kids did a mini-English lesson and taught them some elementary songs in English. 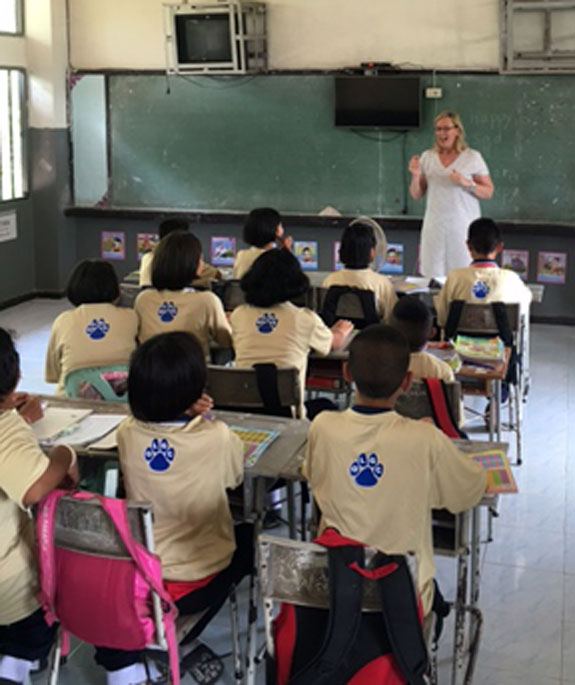 The kids laughed and sang and picked up a few words of English. All too soon, it was time for us to go. We were escorted out with a chorus of good byes and thank yous of smiling waving Thai school children. 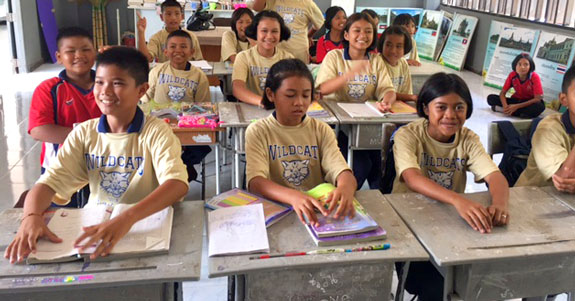 It was a day that our family will not forget and, we hope, one that made a difference in the lives of these children.  Thank you to Pack for a Purpose and to Ten for their roles in making this happen. 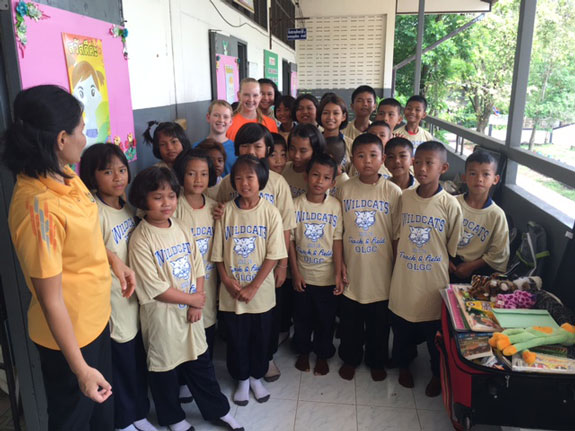