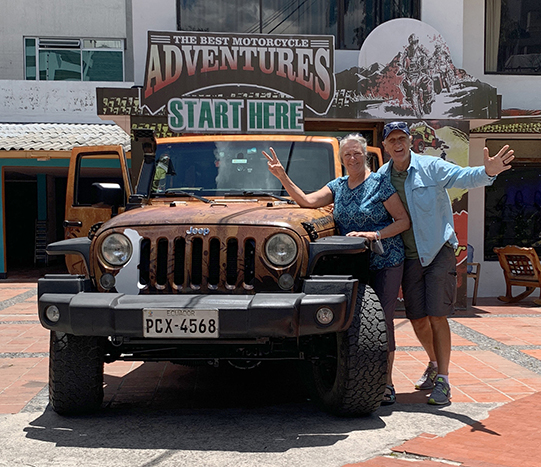 In 2019 when Terry first announced that he wanted to join a couple of buddies on a motorcycle adventure ride in Ecuador my first reaction was “why a motorcycle ride in Ecuador? Why not California where we live? Or any number of back roads in the USA?” His trip was rescheduled three times because of pandemic travel restrictions. Two years later Terry proposed a captivating question, “I’m tired of waiting, I want to go to Ecuador! Let’s celebrate our 40th wedding anniversary there! There’s no time like the present, what do you think?” After much thought and research, I said “YES!”

During our marriage we’ve managed to travel a lot around the USA, Europe, North America, Mexico and the Caribbean, but South America was new for us. It’s come up in conversations but seemed remote, potentially dangerous and we very barely understand the primary language. Researching the country’s history, current government and the Ecuador Freedom Bike Rental Co. (who would put together our travel itinerary and rent the Jeep to us) totally changed my narrow-minded thinking. Communicating with Florian, Court and Gabriel made the country touchable and a place I could visualize visiting. Also on their website I saw their encouragement to “pack for a purpose”. Through this idea I found my “why” to venture out of our comfort zone and travel to Ecuador. 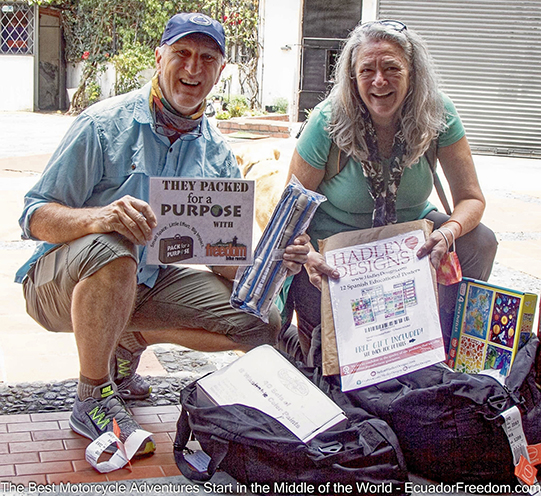 Through the years, Terry and I have been intimately involved in supporting the youth of our local community. We believe in the “it takes a village” attitude. We’ve coached youth sports, led Girl Scouts to their Gold Awards, took youth groups to camps, volunteered in our kids’ classrooms, and currently work to build and expand a Boy’s & Girls Club in our Orange County community. The Pack for a Purpose organization aligns perfectly with our mindset. With the suggested list of school, music, sports and art supplies in mind, we emptied the clearance shelves at Staples and Target, gathered supplies from my personal arts & crafts room and gathered unused soccer uniforms from AYSO (American Youth Soccer Organization). 50 lbs, two large duffels full of stuff. When we commit to something, we’re all in.

Terry and I spent a week in October of this year traveling the Andes region, figuring the duffels could easily ride in the trunk until finding a school. Court warned us that many schools haven’t reopened since shutting down during the pandemic. We also knew the guys at Freedom would make sure the supplies were delivered to schools for us but Terry and I really wanted to experience giving ourselves. Our hope was that an opportunity to lean into the unknown and try communicating our intent directly to kids and their teachers would reveal itself as we followed the itinerary. 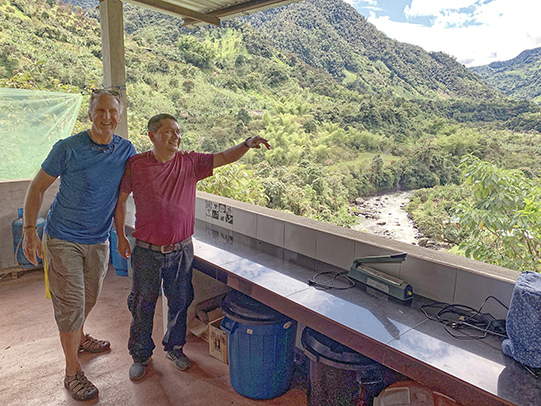 That opportunity showed up on Day 4 in the little village of Meldanado. Per Court’s suggestion we stopped at Herman’s home for a tour and fresh cup of coffee using the beans he roasts. We enjoyed a fantastic cup of coffee with a beautiful view of the river that borders Columbia. 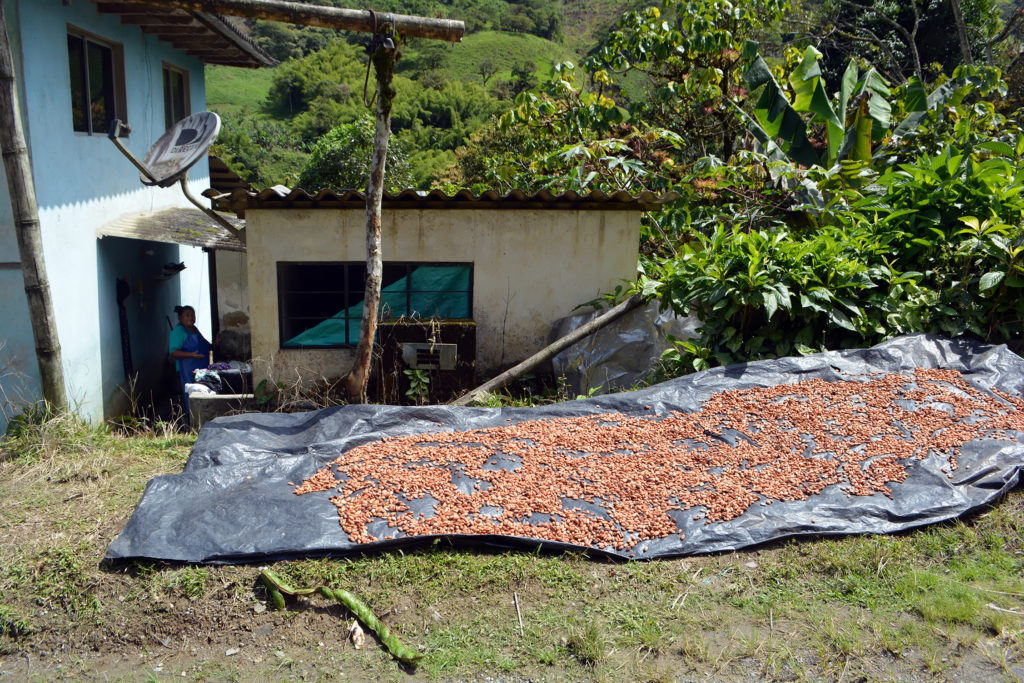 Herman spoke very little English, we spoke less Spanish, but between a translation app on our phones and a creative game of charades, we asked Herman for his help. Showing him the school supplies in the trunk was all it took for him to understand. He started running up the street and waving for us to follow him. By now we’re a spectacle for the curious villagers. 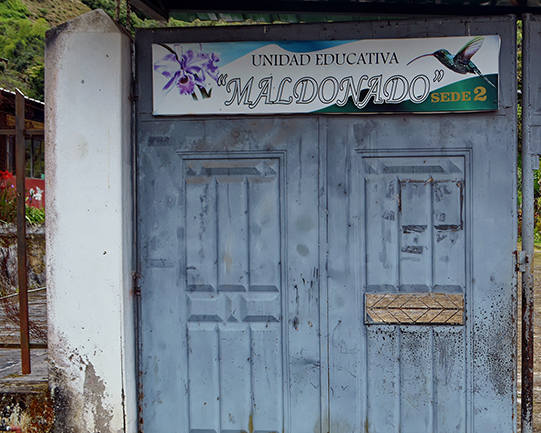 Having beaten us to the school, the kids and teachers were already pouring outside their classrooms to greet us. This is their local elementary school serving nearly 100 kids from regional villages aged 5-11 years old. Exactly what we were hoping to find, a remote elementary school that has a hard time getting supplies. As we gathered for this photo the village moms with toddlers asked if their children could join in. 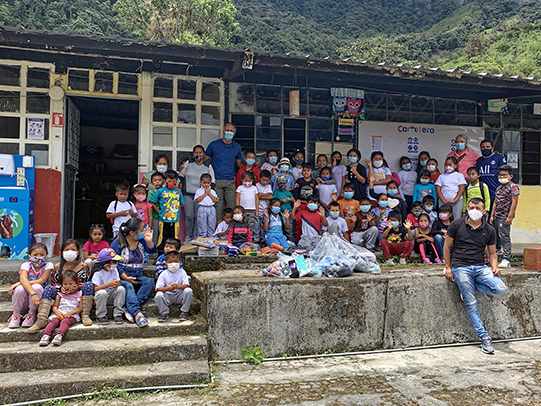 This Day 4 of our seven-day adventure by Jeep was the most memorable. We encountered plenty of unknowns, adversity, great food, incredible beauty and diversity of landscapes, a GPS that wasn’t picking up a signal, scary off-road driving situations, heavy fog, rain, mud and rock slides, fantastic coffee and friendly grateful people. From now on wherever we travel, Terry and I will pack with purpose and seek out the Pack for a Purpose organization’s suggestions for delivering school supplies. It takes a village for sure, no matter what village you’re visiting or which village you are visiting from.